Lafkos began to become the end of the 16th century beginning of the 17th. It started from the old fountain that was in the ravine for the fear of pirates not to be seen from the sea. It took its name from a shepherd named Glafkos. In the early years, people here were engaged in fishing, animal husbandry and agriculture. It belonged to the category of vakufika and had a special treatment during the Turkish occupation. He had more freedom. Most of the estates were Monastic and for this reason they came to work here and because people had more freedom. This is how the village became. Around 1850, when craftsmen came from Zagorochoria in Epirus, the people of Lafkos, due to the small lot of land, learned various arts. They formed groups of workshops and went to various parts of Greece. Too many went to Mount Athos. He had from all professions. Blacksmiths, marble and wood sculptors, etc. From 1850 to 1930 there was an economic boom due to the works and all these houses and mansions were built in Lafkos. In recent years, many people have come from Athens, Thessaloniki and abroad, and have built their homes. For our part, we have tried and are trying to preserve the traditional color of the village, the cobbled streets, but also the customs and traditions of the village, which are continued by young people today in order to do better in the future. 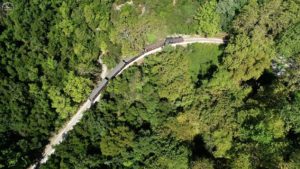 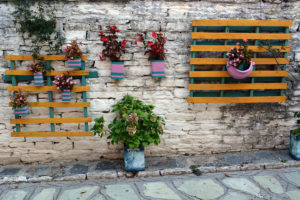