Ierissos is located at the beginning of the third consecutive peninsula of Mount Athos in Halkidiki and is about 100 km from Thessaloniki. It can be reached either via the national road 16 (Thessaloniki – Ierissos), or via the Egnatia highway coming out at the exit of Rentina or at the exit of Asprovalta. It is a beautiful and modernly built coastal town, with a rich historical and cultural heritage. It is the seat of the Municipality of Aristotle. In the place of today’s Ierissos is the ancient Akanthos, which was famous for its wine. The younger residents of Ierissosare engaged in fishing, shipbuilding, trade, construction on Mount Athos and tourism. They are even characterized as great shipwrights, continuing an old profession that passes intact and genuine from generation to generation. The carnagia of Ierissos is one of the oldest in Greece, with large shipwrights. S. Dimitrios Papasterianos, who is not alive, is considered a teacher of traditional shipbuilding. He had built hulls for all the seas of Europe but also for scout systems with the most important being an 8-hull boat named Aegeas. In the center of the town has been operating since 2005 the Cultural Center which hosts, for the delight of its visitors (and especially women who are unable to violate the abbot), objects of religious worship of great value, which are now diligently guarded by the fathers of the monastic state. In the first 3D digital amphitheater in Greece, owned by the Center, one can watch stereoscopic documentaries on Mount Athos and Marine Life with the help of special glasses. Visitors can find several shops, which cover their basic and not only, needs. There are also many tourism companies for all budgets. 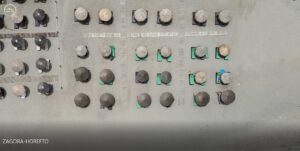 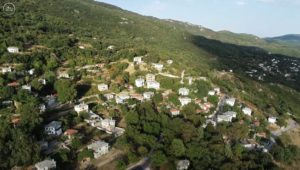